Our March meetings have come and gone, but were the product of good discussion and exchange of ideas on the comics we read!  We’re kicking off April with Trillium, the second Jeff Lemire title to be selected by one of our reading group attendees, and follow that up with The Invisibles volume 3 in mid-month.  For our April 3rd meeting, we will be discussing Jeff Lemire’s 2014 miniseries Trillium. We still have some copies of Trillium and The Invisibles vol 3 available for purchase, and as a reminder our current Reading Club titles are 20% off of the listed price.

And here’s our schedule for the next two months, and the reading groups meet at 6 PM at the shop.

Sunday, April 19th: The Invisibles vol 3: Entropy in the UK

Sunday, May 17th: The Invisibles vol 4: Bloody Hell in America + vol 5: Counting to None

If you’d like to join come on into the shop and sign up. The Club meets at the shop on the first Sunday of the month to discuss a previously selected graphic novel, and club members will also choose the next month’s reading after finishing the discussion. The club currently also meets on the third Sunday of the month to discuss The Invisibles, and these discussions have been my favorite so far. If you’ve missed the first two and would still like to come, don’t hesitate. Read the summaries below for more information on Trillium & The Invisibles volume 3. 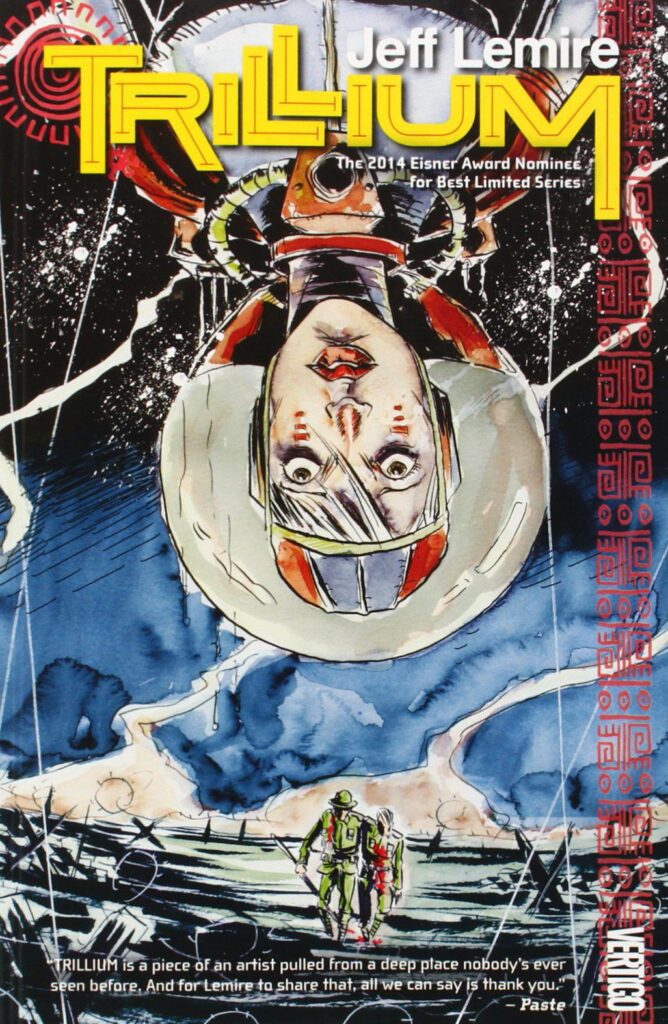 The amazing eight-issue miniseries by award-winning writer/artist Jeff Lemire is collected in this mind-blowing new collection! Two souls separated by thousands of years and hundreds of millions of miles will fall in love and, as a result, bring about the end of the universe. Even though reality is unraveling all around them, nothing can pull them apart. This isn’t just a love story, it’s the LAST love story ever told. 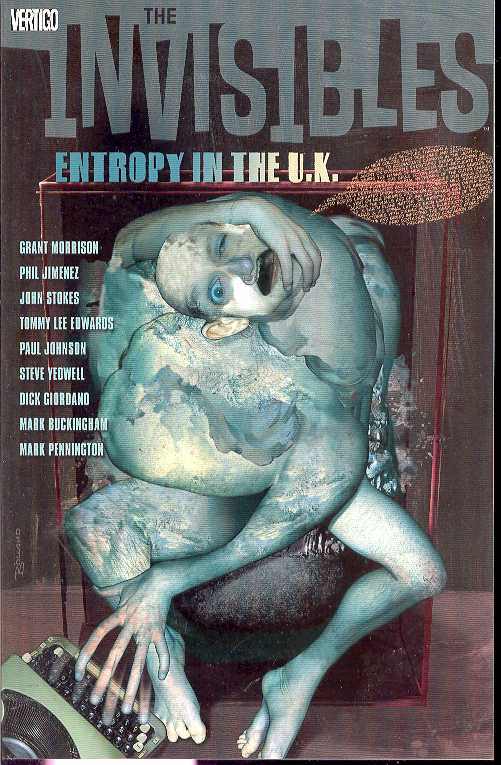 The battle between rebels and conspirators continues as a captured King Mob is beaten and tortured by the Conspiracy in their brutal attempt to learn the secrets of the Invisibles. Looking to save their him, the rest of King Mob’s cell joins forces but it will be up to the newest Invisible, Dane McGowan, to stay ahead of the masses of armed Conspiracy thugs and save his compatriot. Also, the horrifying secret that transformed Boy from an officer of law to a disciple of chaos is finally revealed.

Our February meetings were the first month of two separate meetings for two different titles, and we continue the trend into March with Brass Sun and The Invisibles volume 2.  For our March 1st meeting, we are discussing Ian Edginton and I.N.J. Culbard’s 2014 miniseries Brass Sun. Copies of Brass Sun and The Invisibles vol 2 are in stock, and Reading Club titles are available for 20% off of the listed price.

We had a fun discussion around The Wake at our February 1st meeting, with attendees comparing the film to a cinematic experience, while our discussion around The Invisibles volume 1 revolved around the various themes and numerous references to the occult and historical rebellions embedded in the narrative by writer Grant Morrison.

To summarize, our reading group schedule for the March and April is

Sunday, April 19th: The Invisibles vol 3: Entropy in the UK

If you’d like to join come on into the shop and sign up. The Club meets at the shop on the first Sunday of the month to discuss a previously selected graphic novel, and club members will also choose the next month’s reading after finishing the discussion. The club currently also meets on the third Sunday of the month to discuss The Invisibles. Read the summaries below for more information on Brass Sun & The Invisibles volume 2. 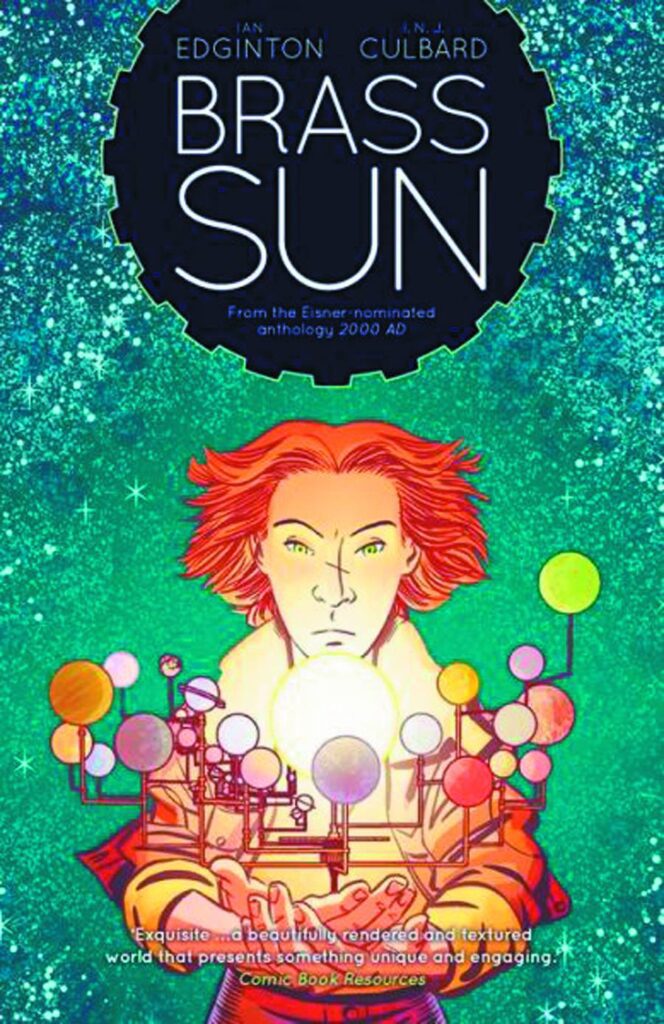 The Orrery is a fully functional, life-size clockwork solar system, a clutch of planets orbiting a vast Brass Sun via immense metal spars. But the once-unified collection of worlds has regressed into eccentric fiefdoms, and ice is encroaching on the outer planets as the sun is dying. Wren and Eptimus must find the key to restart the sun, but first must escape the world known as The Keep! Collecting the acclaimed mini-series from the artist of New Deadwardians and the writer of Stickleback. 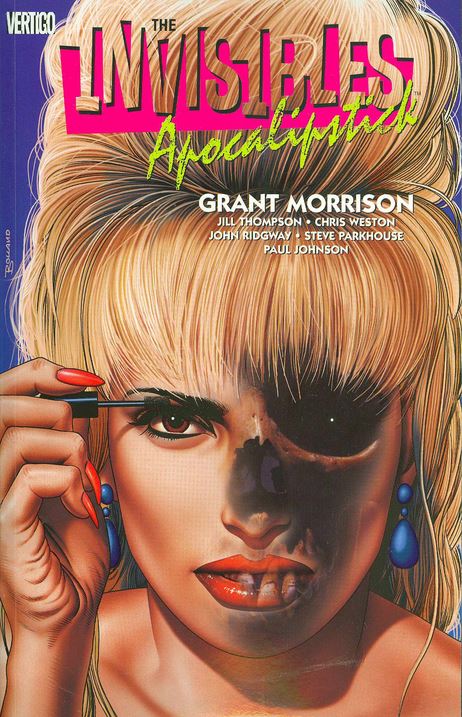 In the second volume of this series of action and intrigue, the Invisibles, including new recruit Dane McGowan, try to prepare as the Conspiracy’s shock troops launch their greatest direct attack on them ever. And as this hidden war between authority and anarchy continues, the origin of Lord Fanny, the transvestite shaman who can call down the Earth’s most ancient and terrifying magic, is finally revealed. But as conspiracies and hidden truths create a labyrinth of deception and distrust, even the power of this she-man shaman may not be enough to keep the Invisibles alive to fight another day.