Our February meetings are near, as we begin our first month of two separate meetings.  We will continue to hold a reading group on the first Sunday of the month, and add a second meeting on the third Sunday of the month.  Both meetings will begin at 6 PM.  We decided to have a second meeting for longer form comic stories at our December meeting, and decided that we would read the seven volume DC/Vertigo series The Invisibles series by writer Grant Morrison and many, many artists.  For our February 1st meeting, we are discussing Scott Snyder and Sean Murphy’s Eisner award winning 2013 miniseries The Wake. Copies of The Invisibles vol 1 and The Wake are in stock, and Reading Club titles are available for 20% off of the listed price.

To summarize, our reading group schedule for the February and March is

If you’d like to join come on into the shop and sign up. The Club meets at the shop on the first Sunday of the month to discuss a previously selected graphic novel, and club members will also choose the next month’s reading after finishing the discussion. Read the summaries below for more information on The Wake & The Invisibles volume 1. 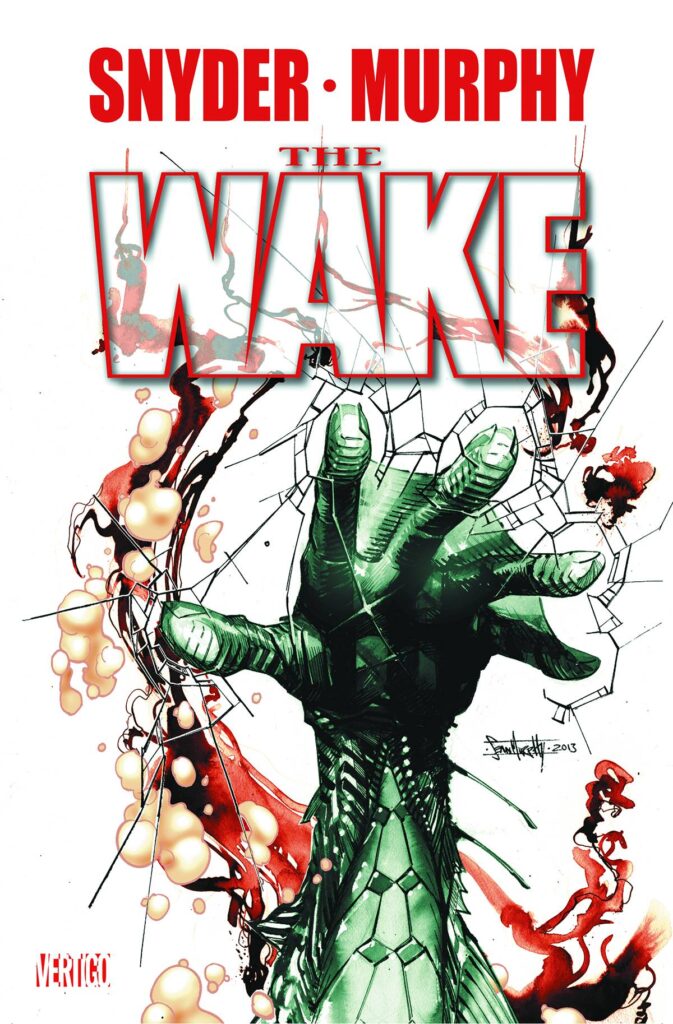 The entire 10-issue, Eisner Award- nominated series is collected in one volume! When Marine Biologist Lee Archer is approached by the Department of Homeland Security for help with a new threat, she declines but quickly realizes they won’t take “no” for an answer. Soon she is plunging to the depths of the Arctic Circle to a secret, underwater oil rig filled with roughnecks and scientists on the brink of an incredible discovery. But when things go horribly wrong, this scientific safe haven will turn into a house of horrors at the bottom of the ocean! 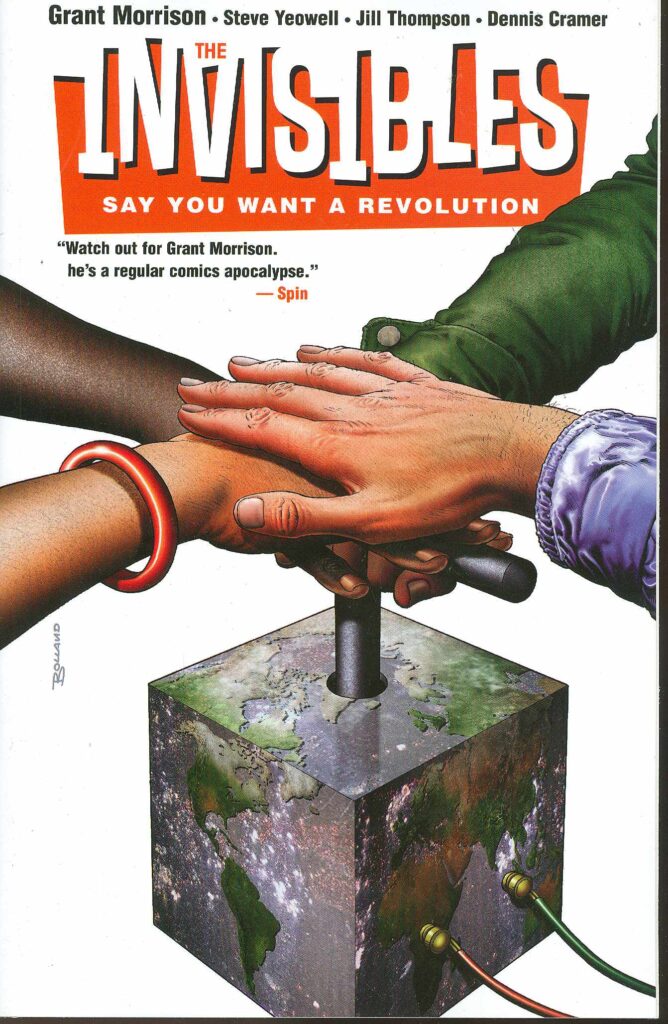 Throughout history, a secret society called the Invisibles, who count among their number Lord Byron and Percy Shelley, work against the forces of order that seek to repress humanity’s growth. In this first collection, the Invisibles latest recruit, a teenage lout from the streets of London, must survive a bizarre, mind-altering training course before being projected into the past to help enlist the Marquis de Sade.